Is It Possible To Outplay Live Roulette? Find The Answer Here

Have You Ever Wondered If There Was A System Of Some Kind To Beat Live Roulette?

Going to try to repeat Derren Brown’s mind trick and try to guess where the ball will land? We’re not sure that is at all possible. In fact, we’re sure it’s a waste of time, unless you’re a magician. Think about it and don’t let people seemingly convinced this is the way get in your head. No chance.

Please, for the love of God, don’t choose the American Version unless you’re aiming to pour your money down the drain (and that doesn’t impress the girl, we checked plenty of times). The lower house edge, the better, and that is why we insist that you go for the French version, in which you can get the house edge down to less than half a percent if you use the rules described in our earlier article on the topic.

Okay, enough with the suspense. There is no way you can cheat Roulette of any kind, because (obviously) this is a completely random event that is beyond human ability to observe and predict the end of. But! 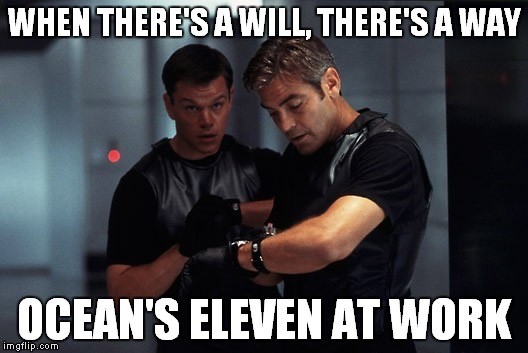 You can substantially increase your chances by spreading your bets and not betting everything on one number (for obvious reasons), always keeping your head clear, and, based on the amount of winnings you had, deciding when the best time is to leave. Say you decided you were going to win a hundred dollars every night at the casino, and, when that number is reached, you get up and leave. Same goes for being in the minus. If you reach bottom, walk away. It’s even better to take money with you to a casino that you decided you’re going to play for. When you’re back home, sober-headed, you can make a decision whether to invest more. With Live Roulette things are more complicated, because there is always the temptation to go on, for example, to connect your card directly to the casino (before you know it, it’s 6 hours later and you’re $4000 down…that’s also been done).

In short, the answer is no. However, if you ever heard the legend of Shoeless Joe, who came in and won $1.5 starting with his $400 social security cheque (and he didn’t even care about the Basic Strategy, whew), you’ll know the Universe works in mysterious ways.