How To Play French Roulette Online And Win Like A Pro

Who created the sex revolution, world’s fashion capital, frog-eating, and all the best fragrances you can possibly think of? But of course, the French. Everyone dreams of going to Paris, Foreign Legion is the world’s most feared armed force, and French women…well…French women. The nation that gave the world The Three Musketeers certainly knows its way around (we think) everything ever, and at the top of that list, of course, are games. Games are the quintessence of Frenchdom, and among other things they, of course, invented The Roulette (French Online Roulette to begin with), which then started to branch off into localized versions. You already know, if you’ve read our articles on the topic, that the American version is a lot more brutal (some prefer to say gung-ho) with its double zero, and the European version is the softer one with just one zero (in case bets fall on zero, the casino takes everything, which is how the house edge is generated). But what about the French roulette online?

One thing to keep in mind about this version is that it’s noticeable gentler than the other versions. House edge here is a lot lower, because the rules are more, shall we say, humane. The French roulette game can be found, by the way, in case you’re wondering, not just in France, but anywhere in the world. 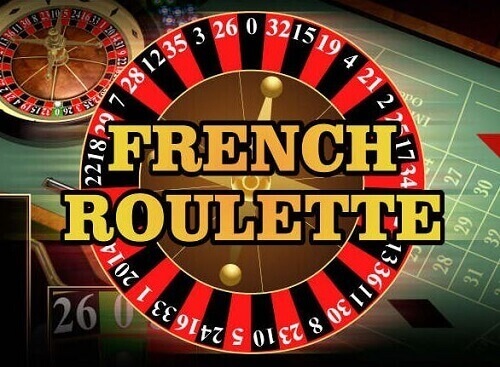 Make sure you get the rules right, however, because, although this is a lucrative game in theory, there are more rules here than in the other versions.

Same wheel as usual, 37 numbers in total, 1 to 36 and 0. You play against the casino, as always, but what substantially complicated the game sometimes is French terminology.

The dealer spins the small ball that rolls around the wheel and hits a certain number. If that is the number you bet on (or one of the numbers you bet on), you’re in luck. Special roulette chips can be exchanged for real money. Betting on one number gets you the smallest chances in the game (and respectively the highest theoretical payout, 35 to 1, in the unlikely scenario you win). The bets at the other end of the spectrum, although very safe, will mean a payout of 2 to 1 or even 1 to 1. Betting on two numbers will result in a 17 to 1 chance, and so on. There’s a deadly logic to the game, but the odds are tipped in favor of the casino thanks to the zero (ergo the house edge, because someone has to pay for the staff’s holidays, and that someone is you). There are bets that cover a section of the table, bets on odd/even, red/black, and so on.

What makes French roulette online different, amongst other things, are a few special bets that allow you to be a little more flexible (for example, a group of bets that cover a certain area), and rules like La Partage and En Prison (for even money bets).

La Partage just shows you how cool the French are: not only have they practically single-handedly invented sex, they lost the savage American Roulette zero (all for you), and introduced rules that allowed you to not lose everything if you hit a zero, but only half. En Prison means that if you lose your bet to a zero, it becomes imprisoned until the next bet, and, if that one is a win, you get your money back.

How To Make The Best Use Of Your Money?

The thing to do if you’re smart is to use these rules to your advantage, sticking to even money bets and benefitting from the above mentioned patron saints. In effect, the house edge under these conditions is halved. That, really, is a way of hacking the system using the means it presents, which is, all other things being equal, the preferred option (because the other way the system will have its way with you).

Make sure you test the demo version of the French roulette game that can be found on our website!